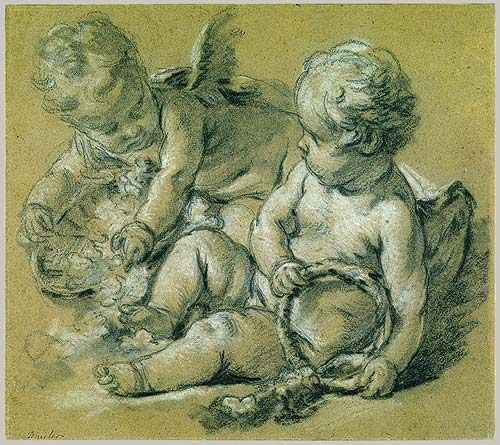 I am becoming increasingly convinced my coffee shop is a place where angels gather. I’ve been witness to many unexpected and very much needed blessings while standing in line for a caffeinated concoction. Yesterday was no exception, it was however, exceptional.

Hot, hot, hot. While beautiful, the day was sticky, sweaty, and a little miserable to be quite honest. I almost didn’t go in, I feared someone might see the beads of sweat trickling from my forehead and conclude I had a tropical ailment of some sort.

My desire for the relief and happiness a venti iced coffee would bring won out, as I knew it would. I was relieved, and a little grossed out to see most everyone else eagerly waiting in line was glistening with the heat of the day as well.

The man in front of me seemed to be melting. He was a big guy. Big. I would hazard a guess at 6 feet tall and certainly well over 200 pounds, most likely a fair bit more. He was fidgety. One step to the side, two steps back, one forward, etc..

He looked down at me, my non-statuesque height of 5’3 left me feeling like a little girl in comparison. He said, “She wants a vanilla bean with extra caramel. You ever hear of such a thing? I’ve never heard of such a thing.”

I smiled and said it sounded too sweet for my taste, just coffee and cream with a touch of sweetness for me. He held up the dollar bills in his hand, “She gave me seven dollars and didn’t even tell me what size to get, you believe that?”

“I guess you can get her any size then, I’d go for the big one.”

He started chuckling which led to a full blown belly laugh, “I see, you want me to go and make her really happy today, alright,”

He began telling me all about their day at the mall, what his wife was buying and why, his unfortunate happenstance of bringing her on a day Macy’s was having a sale. I laughed and said, “Isn’t Macy’s always having a sale?”

With that, the belly laughter returned. There was silence between us as he ordered and then it was my turn. He’d stepped outside for a moment to sneak a smoke as I heard him tell the barista. When he returned, surprisingly and thankfully smelling smoke free, he began humming a tune. It was lovely.

I told him the tune he was singing would be stuck in my head for the rest of the day. His already wide grin grew. “You’ll like this.” he said as he stepped closer to me. He began to sing to me. My second coffee shop serenade.

It was beautiful, positively beautiful. It was about love and devotion, a sweet blend of gospel and soft R&B. When he’d sang a few lines he asked, “You hear that one before?” I told him I hadn’t but I loved it. He said he was going to let me in on a secret. He was writing it.

He looked me in the eyes and asked, “You know who that’s about?” I said, “I think I do.” He laughed, “That’s right, it’s about my Jesus, my Lord and savior,” and he began to sing it again. He grabbed the venti vanilla bean frap with extra caramel for his wife and shuffled out the door still singing.

I really think that little coffee shop is a place where angels come to gather.

Every now and then children will say something so absolutely precious and innocent your heart doesn’t feel quite big enough to hold all the love you have for them. Whenever one of these treasured moments take place I run for paper and pen to record their voices in time for I’ve learned the mind is not always as reliable as we wish it to be.

Through the years I’ve filled many a page with the adorable ramblings of my kids. Now that they are, technically, grown ups, I wish I’d preserved the not so adorable things they’ve said and done to use against them one day. In all honesty though, it would be a short chapter in the book of our lives.

I was blessed with respectful kids. No, really, I was. Of course, I’m not taking into account the Bipolar rantings of my now 22-year-old son, I know he wouldn’t say the things he sometimes says under normal circumstances. I also choose to overlook the thankfully few hormonally charged outbursts the girl child went through. Now, it’s her husbands turn to survive them.

Today I was blessed to recall one of those memories with such clarity, I actually giggled out loud and shed a few happy tears.

When my daughter was six years old she did nothing but sing, from early in the morning until late into the night. I remember her singing one afternoon and I smiled as I listened to her little voice while I did the dishes. After a few renditions of Jesus Loves the Little Children, each a bit different from the last, she was at my side.

I told her how much I enjoyed her performance, expecting the usual thank you and a ten minute conversation about how she would be a professional singer when her veterinary clinic was closed for evenings, holidays and weekends, but our conversation went slightly different that day.

“I don’t think I like that song anymore.” she announced.

I was a bit stunned, it had always been one of her favorites. I questioned her about this sudden dislike of the once loved song..

“Don’t you think it’s kind of gross?” she looked so serious. I was perplexed. “Gross? Why would you think it was gross?”

She crinkled up her nose. “Well, most of it’s okay until it gets to the diaper part. I don’t think it should talk about that, I mean diapers stink and it’s just gross.”

I would have laughed if she’d not looked so sincere. I had no clue what she was talking about. I told her there wasn’t any mention of diapers in the song, but the look on her face told me she wasn’t buying it.

“Okay, sing the song to me.” She hesitated at first and then with a sigh she began.

Her little voice echoed through the kitchen, it wasn’t until she reached the second, alternate refrain, I understood what she was questioning. I listened as she sang, “Jesus diapered all the children, all the children of the world . . .”

I knew better than to laugh at her, it took everything in me to explain what the verse said, “Jesus died for all the children . . .” Her eyes instantly lit up!

“Oh!” she shouted. “I get it!” She skipped away and continued to sing until the sun set on our day.

I cherish these little memories . . .