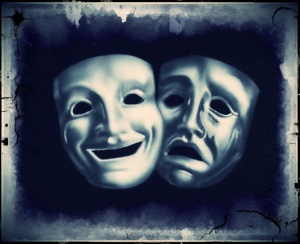 I wrote what will follow this when my son was fifteen, it is a snapshot of a particular day in our lives – he is now twenty-two years old. There was a time I feared we would not make it this far together, I feared I might not be enough. There were days I was certain I wasn’t. I took each moment as it came, holding on to hope for the next and praying for the strength I so desperately needed.

It was suggested he be placed in a residential treatment home after his third in-patient hospitalization at the children’s psychiatric hospital. My heart broke at the thought. My heart has felt the shattering of despair many times over the years.

He was my second child, as perfect as his brother. I knew very early on that like his big brother, he was going to need some extra care. He began early intervention services at two for developmental delays. He began speech therapy at three because he was not learning to speak. He was provided with occupational and physical therapy to help his body assimilate to his surroundings, to try to help his sensory functions work with him rather than against him.

At three he was enrolled in a special needs preschool. At five he finally began to speak. In kindergarten they diagnosed him with ADHD and OCD, and he was very much both of those things, but there was more, something yet to be named.

By second grade he could no longer deal with the constant changes and expectations of a mainstream classroom and was moved to a special day class for what they called the emotionally disturbed kids, it was right across the hall from the regular special ed classroom.

Done with doing it their way, I fought until he was placed in a special needs high school, the same one his older brother already attended, there he flourished educationally, but Bipolar is an insidious parasite we had to battle each and every day. We still do.

I look back on those years and remember how dark they often were, I remember wondering if we would ever come up for air. He has worked hard, he is an unbelievable young man. He no longer cycles as manically and as rapidly as he did in his youth, but he still has his many ups and downs. His life is not easy, navigating through the world with autism can be tricky enough without your own mind turning on you periodically in the process.

He amazes me. There is so much to his story, details I wish I could forget but know I mustn’t. I have to record them, hard as I know it will be. I want to share our journey so people will see the hope and the determination that can change a life when there are those who say it cannot be done.

This morning, before the sun began to shine he told me I ruined his life, and then he said he loved me.

When I thought he had calmed I said good morning to him, he said I purposely say things just to make him feel crazy, and then he said he loved me.

After he’d eaten his breakfast he told me it was my fault he is the way he is, and then he said he loved me.

He told me he’d rather be anywhere than here, and then he said he loved me.

This morning, before my day had a chance to begin he told me he never should have been born, and then he said he loved me.

This afternoon he threw a fork at his brother and then helped him clean his room. He screamed and he yelled. He cursed and he sobbed. He raged and he rested. He threw his shoes at me and then he asked for ice cream.

He had a fit of laughter followed by a slamming door. He said he was going to ride his bike off a broken ramp down the road, it’s dangerous I say, he replies, I can do it, I won’t get hurt, nothing can hurt me. I prayed for angels to keep close watch as he walked out the door.

Tonight he hugged me, and then he said he loved me. He said his prayers and he closed his eyes. As I walked from the room he said, “Mommy, today was a good day wasn’t it? I smiled through my tears and said “Yes. Yes it was little man.”

I never know what tomorrow will bring. Some days I don’t know what the next minute will bring. My fifteen year old son is bipolar. He cycles rapidly, the roller coaster that is his life never ends, it slows every now and again, but never does it stop. I hold his hand as we ride up and down and back again. Sometimes I want off. I want to plant both feet back on the ground but I can’t let him ride alone, I won’t let him ride alone.

He has mood swings and he rages. He is happy and he is tormented. He sees things and hears things that aren’t real. When he is happy he jokes and laughs and tells me he loves me half a dozen times each hour and I feel like I am walking on air, but I don’t know if that same boy will walk through the door after school. Will he hate me? Will he hide somewhere and stick safety pins into his fingers? Will he throw things at us or will he be able to smile still? I don’t know. I never know.

He is such a great kid, so beautifully and perfectly great. He has the sweetest smile and his laughter can melt hearts. I close my eyes each night in prayer and I open them each new morn with hope. I try not to think of what the future will bring, I just want to get him safely to tomorrow. Some days are better than others.

I do what the doctors say; I try what the therapists say to try. I grow weary, I do, but one day I know I will rest, one day I know he will as well. I have hope and I have faith and I have a son I love more than anything else. He is a good boy.

An angel with a broken wing, learning how to fly . . .