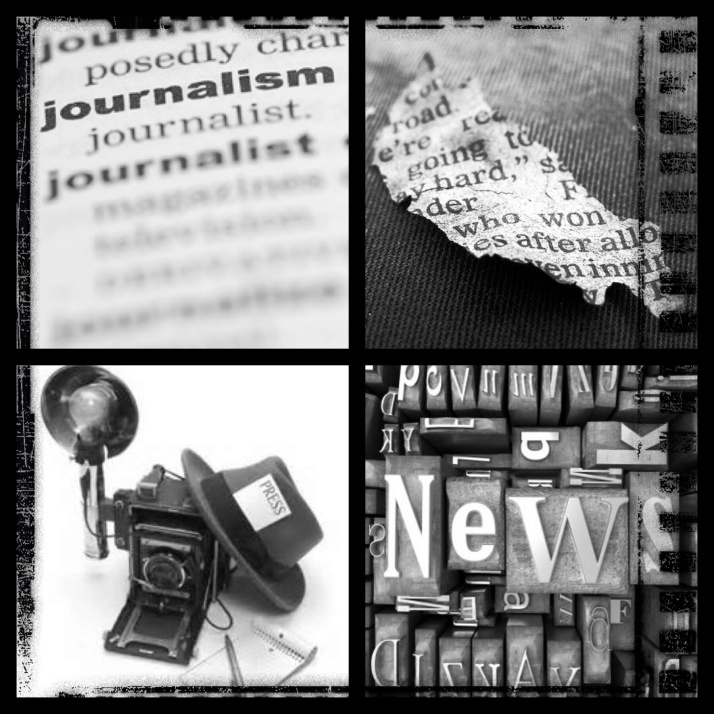 “Journalism can never be silent: that is its greatest virtue and its greatest fault.”- Henry Anatole Grunwald

The dictionary gives more than one definition for the word journalism.

(1) The occupation of reporting, writing, editing, photographing or broadcasting news or of conducting any news organization as a business.

(2) Writing that reflects superficial thought and research, a popular slant and hurried composition, conceived of as exemplifying topical newspaper or magazine writing as distinguished from scholarly writing.

I fear the first definition will soon become no more than a simple eulogy for a noble profession which was once respected and much-needed. Journalism used to require passion and diligence. It required dedication and talent. True journalists are a dying breed. Not only did they research their facts, they wove their words carefully, keeping their personal opinions for the editorial pages. There are still those who endeavor to maintain the essence of journalism, but they are among a dying breed.

It can be argued there have always been those who sullied the profession with half-truths and misinformation, an argument which would be hard refute. The art of journalism has been caught up in an increasingly downward spiral toward the fast paced, one-sided, in your face reporting being touted as journalism today.

Ellen Goodman summed it up simply when she said, “In journalism, there has always been a tension between getting it first and getting it right.”

The second definition best describes what seems to be taking place in today’s journalism industry. Write what sells. Go ahead and throw in your personal views and make speculations. Today it’s all about the headline, the writing itself seems to be secondary to the topic. Write it, don’t worry about writing it well, just write it. The public is being misinformed and seems content to be remain blissfully uninformed by the steady decline in journalistic morality.

To be honest, it’s frightening.

“There is much to be said in favour of modern journalism. By giving us the opinions of the uneducated, it keeps us in touch with the ignorance of the community.” – Oscar Wilde certainly had a way with words.

A good journalist has to be a writer. Many of today’s bylines are given to anyone who can type. I respect the restraint a journalist has to maintain the integrity of whatever piece they are working on, the ones who do not put words to a page until they know it to be fact. In recent years there have been more than one respected journalist shift to the other side. Sad but true, you just can’t believe everything you read.

I applaud those who have remained true to the art of journalism, they are indeed craftsmen worthy of admiration and accolade.