My heart was touched today by an unexpected kindness I was blessed to be witness to . . . I went to the coffee shop to write, I wasn’t intending to document my time there, sometimes we choose what to write, sometimes we write what chooses us. 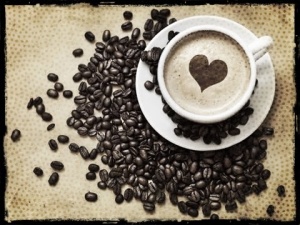 I’m watching the world from a cozy corner of the coffee shop. On hot days like this everyone orders iced coffees and teas, except the older folk, they seem to be sticking to good old hot coffee, nothing fancy. I’m glad they do, a mocha frappucino just doesn’t have the delightful aroma only a freshly brewed cup of coffee can hold.

It’s busy today. Usually I make a hasty retreat home when all the tables are filled and the line is long, but today the people have captivated me. I don’t wish to speak to them mind you, just watching them suits me fine. It’s kind of a hobby I suppose you could say. You learn a lot about human nature by observing the people around you.

I feel like a documentarian hidden from some undiscovered tribe in some far off mountain jungle, taking notes for what will be a fascinating new Discovery Chanel exclusive. Except if I was, I think I’d just leave them be, why risk them being invaded by what we call humanity. Perhaps our world has me feeling a bit jaded today, I wouldn’t mind being part of a tribe far removed from civilization to be honest, it’s getting difficult to find much civility these days.

Enough with the noises in my own mind . . . A woman just walked in, she looks a bit disheveled and a lot perturbed, sort of how I look after cleaning house all morning actually. She rolled her eyes and sighed heavily as she took her place in line. She isn’t the only one here with their grumpy face on, it’s a shame, I wonder if they realize what a beautiful day it is. Maybe they are jaded as well.

A middle-aged man trying unsuccessfully to look like a younger version of himself just took out his earbuds to ask why there aren’t more people behind the counter. There are four of them back there, two on the registers and two making drinks. I don’t think there’s enough elbow room for another. It looks like the grumpy lady is leaving. Only three people left in front of her too. I’m going to whisper a prayer for her, she needs a blessing today. Maybe two.

Ah, loud talking cell phone man has made an entrance. There is always a loud talking someone on a cell phone these days. It seems he has a Dr. Appointment a 3:00 to get his cholesterol checked and needs to stop by the store for some bread. He has plans for the weekend so he won’t be able to make it even though he really wanted to be there. For some reason I think loud cell phone man is fibbing. He’s probably going to forget the bread.

Oh, grumpy lady has returned, she still looks annoyed, but with one person in line now maybe she’ll stay long enough to order. She keeps looking at her phone and frowning at it, she can’t seem to keep her foot from tapping. There is an air of expectant worry about her. Maybe three blessings today would be best.

I find myself drawn to one girl in particular, a lovely young lady so self-conscious about her weight she draws attention to it by tugging and shifting her clothes with every breath. She has no idea she is the most beautiful girl in the room. She noticed me looking and tried to shrink into the wall. I smiled, but I don’t know if she saw me. Her clothes and bright red hair seem to scream for attention, but her eyes don’t reflect the same need. I hope someone tells her she’s beautiful today.

Everyone not completely glued to an electronic screen of some sort is looking toward the homeless man who just came in. He makes his temporary home behind the strip mall around the corner, I’ve seen him here before. He’s waiting in line to ask for some water. Depending on who answers and what kind of day they are having he may not be given any.

Sophia, formerly known as grumpy lady, has just picked up her tea, I would have thought she was a coffee drinker. You just never know. She is watching the homeless man as well. The girl at the register just turned him away.

Several minutes have passed since the homeless man was told if he was not a paying customer he would have to leave. I had to stop watching and writing for a spell. People surprise me sometimes. When Sophia saw him turn to leave she reached out for his arm. When he looked up from the floor she offered her drink to him, she said, “I haven’t taken a drink yet.”

He shook his head no, but she smiled and he accepted the kindness. I found myself wiping my eyes as he walked out the door. Sophia returned to the line she seemed so frustrated with before. There were four people ahead of her, every one of them let her pass to the front. The girl behind the register said, “You know, you can’t help them all.” Sophia handed her a five dollar bill and said, “No, but you could have helped him.” Still wiping my eyes I smiled at her as she walked by, she smiled back. A man sitting a few tables from the door got up and opened it for her. I thanked God for getting to those blessings so quickly.

I’ve learned things are not always what they seem, people are often more than we expect them to be, sometimes they are less. Sometimes they just need someone to be kind, to look past their grumpy expression, their weight, their manner of dress, their color, their status, their extroverted nature or their introverted nature, and see the person beneath it all.

I love sitting here at the coffee shop, just watching the people.

A Thousand Shades of Awesomeness