I’ve been sitting here, staring at a blank screen, contemplating just what it is I want to write and how to write it, I’m not having much luck. When this happens to me, it’s a sign telling me I am not supposed to organize, plan, or prioritize my thoughts. I’m just supposed to write, so I shall.

I’ve been thinking, sometimes a dangerous occupation for a mind as random as mine, seriously, things can get a little crowded in there. I need change. I need more. Actually, I need less, less of me and more of my creator. I’m not having a crisis of faith, my faith is strong. My convictions are firmly planted and my hunger for God is great, but I’m not doing anything to feed that hunger. Not enough to satisfy it by any means.

I realize I’ve been standing still, waiting for God to come to me instead of actively seeking him. I’ve been sitting in the stagnant waters of what I’ve already learned when I could have been wading through the vast ocean that lay before me. I’ve become complacent, that’s a nice way of saying lazy.

I read headlines and hear sound-bytes about the state of our country, our world, our people, and my heart aches. Society has accepted the once unacceptable, demanded we all embrace the changes or be labeled. Racist, homophobe, hypocrite, it really doesn’t matter what your heart or your faith dictates, only what the politically correct, offended by everything but what they believe say is truth, justice, right, and wrong matters now. 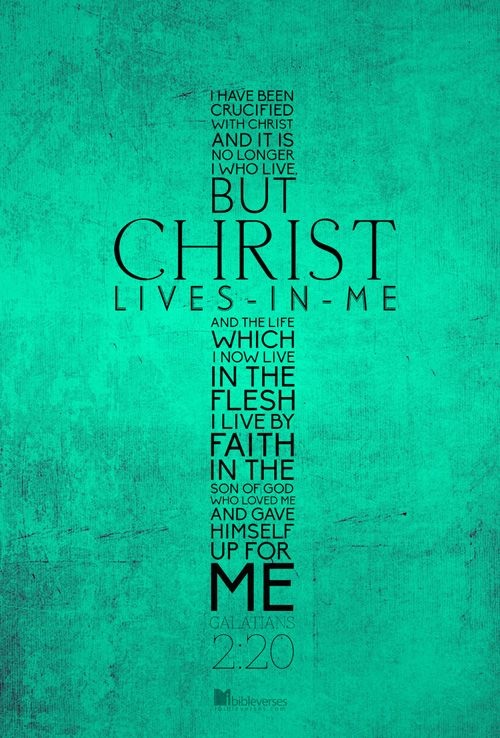 Christianity has been skewed, true Christianity. I am talking about the born-again, the ones who believe the only way to salvation is through Christ Jesus, the ones who read and heed the word of God. Not the sweeter, softer, watered down and altered versions of the word, but the actual teachings of Christ, all of it, not just the pretty parts, not just the parts used to either justify or condemn, but all of it.

Woe to those who call evil good and good evil, who put darkness for light and light for darkness, who put bitter for sweet and sweet for bitter. — Isaiah 5:20

The hard to swallow stuff, the parts that make people uncomfortable, the parts that convict your spirit to take action. The Bible is the past, present and future. We were meant to learn from it, not argue over it and alter it to better suit our tender sensibilities. It is a guide to salvation and so many are going to miss out on that gift, the one Jesus bought and paid for as he died on the cross. What ungrateful recipients we’ve become.

The seven deadly sins were once the things we were taught to avoid, now they seem to represent the American Dream, at least what the American Dream seems to have become. We are all guilty to one degree or another of at least a few, there’s no denying it. We are sinners. The most righteous among us are sinners, isn’t that precisely why Jesus laid down his life? He was nailed to a cross because he believed in us enough to make that sacrifice. Did you read that part about the nails? They pierced his flesh, they broke his bone, and instead of cursing those who hammered him to a cross, he asked His Father, our God, to forgive them.

I cannot write those words without shedding tears. Jesus was flesh and blood, the same as you and I, he felt the same pains we feel, the same sorrows, the same joys. He spread nothing but hope and he was persecuted for his devotion. Jesus is more than stories in an old book, more than a myth as some people call him. He is not a fictional character from someone’s imagination. History cannot deny he walked the Earth, scholars cannot disprove the accounts transcribed detailing his life. He lived.

Because He lived, because He died, I have a path to glory before me and one day I will enter the Kingdom of Heaven, so long as I don’t stray from the path of His word, His teachings. I have to remember to place God’s will on a pedestal far higher than my own. Salvation is not guaranteed, it is earned. Salvation is not a right, it’s an honor.

It’s not enough to be a good person, I don’t think everyone knows that. I know not everyone knows that, at least they refuse to believe it. If they did, they would have to be accountable for their every action, their every thought, they would have to repent when they fell short of the Glory of God, which is inevitable. There will be many standing before The Lord on Judgment Day who lived good lives, helped those less fortunate, loved and even worshiped God, but they will not gain entrance because they thought how they lived was enough.

Repentance and forgiveness are not suggestions, they are conditions. There are those who call themselves Christian who will never inherit the Kingdom of The Lord because they didn’t bother to read the rule book. They didn’t study or bother following the lesson plan. There really isn’t a learning curve here. The instructions are clear if you bother to read them.