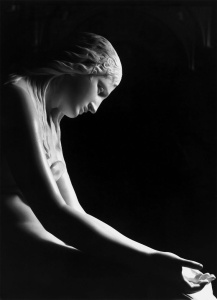 Broken, still she stands.
Open wounds, never to heal.
Fragments of lost dreams,
pieces of past promises
keep her from falling apart.

Broken, still she stands
open wounds, never to heal
fragments of lost dreams
pieces of past promises
keep her from falling apart

At the end of
nothingness
lay a
valley
deep

Barren
wasteland
overflowing
with
nothing

Void of
sound
and of
silence

Crowded with
emptiness
it hasn’t
room to
hold

I will be putting my father on an airplane today. I don’t know just how I feel right now. I am thankful for the time we’ve had together, I just wish I could have done more, been more, and said more during his stay. He is quiet, spending most of his time locked away in whatever thoughts he may be thinking, hidden away within his room. We are much alike in that way. I should have made more of an effort to open the doors.

He came more out of need than desire, I suppose that isn’t entirely true, the desire was always there but until the need arose it was more of a want and a wish. I had hoped to fulfill what needs he had, to try to heal what needed healing, to nurture what needed nurturing, but I didn’t know how, I don’t think anyone does, not even him.

I don’t know much of the man who once cradled me in his arms, I know he loved me. I know he loves me still. The man I now know has been broken.

As I sat sipping my coffee this morning, thinking about his upcoming departure, that silly old nursery rhyme kept coming to mind. My father is Humpty Dumpty, at least he is in the picture formed by my thoughts as I let my coffee turn cold.

I think this Humpty began to break long before he sat on that wall, maybe that is why he was so easily shattered. No one noticed the insidious cracks that were slowly growing until they became crevices, few seemed to see the tiny shards that fell from his fragile shell as he walked among them.

Jagged bits of him became scattered here and there over time. Some who saw the pieces picked them up and pocketed them, in hopes of restoration, but perhaps they waited too long and forgot where they were meant to fit, or maybe they just couldn’t get near enough. Some of those precious pieces were simply crushed beneath the feet of those who walked beside and behind, without ever looking down.

Collectors of the broken pieces have attempted to patch him back together with mismatched parts they’ve carefully tried to craft themselves, but like puzzle pieces missing corners, they fit, but don’t quite fill the space where they belong.

Humpty looks whole when you see him from a distance, but when you stand with him, face to face, heart to heart, you see the places and spaces in his shell where something once was, where something should be. He is still beautiful, though broken, still shattered, yet whole. He is who he is.

I don’t know if anyone even noticed him climbing the wall he would eventually tumble from, No one seemed to see the danger until after the fall. All of those horses and all of those men never saw the pull it had on Humpty. He was small and it loomed large, offering false freedom on the other side. Humpty was trying to escape from something perhaps only he could see, but real and terrifying. Something that haunted him, something no one else could know. Whatever it was, it pierced his shell and it began to splinter.

He doesn’t need any more fixing, the time for that has passed. What he now needs is acceptance and understanding, compassion and care. He needs space and time to heal, perhaps the rest of time.

The King of Kings has promised healing, the true King has promised he would one day be whole again, when Humpty has finished his journey and he reaches the throne, every crack and every crevice will be filled. New and whole he will be, never again to be broken.

Until that day, be gentle with him . .