Sometimes, my brain fails me. It betrays me. I was so happy when I received the email letting me know this piece, There Comes a Time in the Life of Every Mother, would be up on Mamalode in September. Somehow, that bit of news was lost in the fog that often fills my mind. While sifting through old emails this afternoon I came across that email . . . I was happy all over again to find it, but saddened that I’d misplaced the thought of it for so long, especially since the subject is so precious to me.

There Comes a Time in the Life of Every Mother 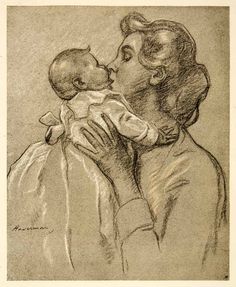 I remember laying
in the grass with you,
silently watching
the clouds.
We were still young,
innocent enough
to see the playful
shapes hidden
within them.
Our blanket was not
the grass green
from my childhood
color box,
it was not lush
and soft.
The sparse,
dry blades
sharply jutted up
between tiny,
wilting weeds.
My skin ached
where it touched
the prickly surface
of the earth,
but I did
not complain
because I was
with you.
When you
beckoned
for me to
snuggle in
close and rest
my head on your
sleeveless arm,
safe from the
discomfort below,
I knew that you
loved me then. 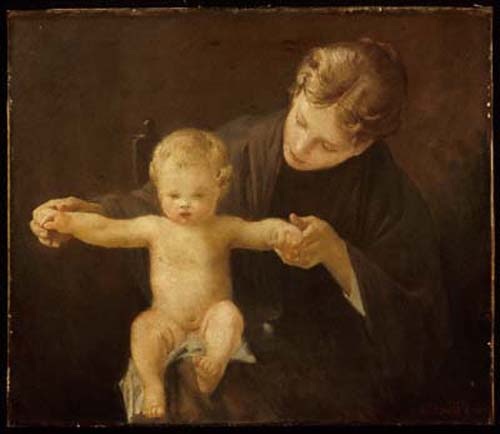 Before I had children I thought I knew a bit about life, I was young but confident. It turned out I knew a little less than I thought I did, lucky for me, I’m a quick study. When I realized I’d been blessed with new life inside of me, everything changed. The things I thought were so important just the day before were all but forgotten as I thought about the magnitude of the journey I was about to embark upon. In that moment, I grew. In that moment, I changed. Over the years I’ve continued to learn, I’ve continued to grow and to change.

There comes a time in the life of every mother, when we suddenly realize we are mothers. You may think I’m merely stating the obvious, but there’s a special moment, a moment of beautiful clarity you cannot describe until you’ve experienced it. That moment when you look at your child and think in amazement, this is my child, I created this person. It’s an amazing moment that weaves itself into the fabric of our lives.

The bonds I’ve formed with my children began with the first lullaby I softly sang as they slumbered in my womb. I took to motherhood naturally and with joy, the lives I’d created were each an extension of my own, the best of all I had to give. I’ve always been in awe of my children, each unique and special in their own ways. They’ve provided me with a sense of accomplishment and fulfillment I never dreamed was possible. I cannot begin to imagine what my life would have been like if I’d chosen another path.

For me, this moment of sweet epiphany has occurred more than once. With each little life I’ve brought forth into this world, I’ve been given the gift of this divine revelation. You never know when it will come, you cannot plan for it and it takes you by surprise when you least expect it. When it happens, a feeling of warmth overcomes you, tears form in your eyes, and the meaning of life reveals itself.

I remember gazing at my firstborn son as he lay in slumbers sweet solitude and thinking, this must be what angels look like when they rest. I then realized the tiny angel I was so taken with was mine, a precious gift of God, and I was his mother. It was a monumental event in my life; I knew I would never be the same after that night.

I was as unassuming the second time I found myself experiencing the powerful emotions that accompany this precious moment. I never wondered if I could love another child as I had loved my first, I somehow knew I would and I was right, my second baby, another son, was as delightful and amazing as his big brother. As it did the first time, that moment hit me like a ton of bricks.

He was standing there, one hand gripping his walker for dear life, and the other mischievously reaching for his big brothers hair. The sun was shining brilliantly through the blinds, illuminating him in golden silhouette, soft shadows played alongside him, and there before me stood another angel, this time at play.

I began to cry just as he took hold of the soft hair beneath his fingertips, he giggled and his brother let out a holler. I couldn’t help but join him in the giggle, soon the injured party joined in our laughter. They may not have known why we were so happy, but I did, they were mine and I was the luckiest person on earth.

The years seemed to disappear right before my eyes; they rolled by as quickly as the day itself. I often looked at my sons with the solemn awareness that comes with acceptance and thanks. The Lord had been so good to me, I was blessed beyond measure. I did not know that He, in His infinite wisdom was a long way from finishing the job.

Another life, another miracle. I’d forgotten all about the joys of new motherhood by the time my third son came along. I was euphoric and treasured every moment, for I knew all too well how quickly they would pass. Life was again full of midnight feedings and diaper changes. I looked upon my three boys with thanks in my heart.

I was always on the go; three boys will keep you running from dusk till dawn. I stopped calling them precious angels and switched to the more appropriate term house apes. They were little treasures, each shining with a brilliant light of all their own. I think in the back of my mind somewhere I knew another moment was heading my way. As usual, it caught me off guard.

We’d had a tough day, the kids were ill and I was cranky. I was trying, unsuccessfully, to get the youngest of the trio to nap. I looked at him in exasperation when he began to cry and asked him to please, please just close his eyes; I was at my wit’s end for the day.

I must have been more animated than I’d meant, his tears turned to laughter and he said, “You funny hunny!” Within seconds his little eyes closed and I scooped him up in my arms. I realized this was it, this was the moment. His little hand stroked my hair and we fell asleep together. It was glorious.

Shortly after the birth of my third son, the Lord saw fit to bless me with a little girl. She was five years old the day she came to live with us. She’d always been a part of my life, a piece of my heart. I’d felt her little feet kicking the palm of my hand before her birth, and I was there when she took her first breath. I held her and changed her diapers and rocked her to sleep just as I’d done with my own.

She’d been born to my younger sister, her birth was a blessing, an unexpected blessing. Life sometimes has a way of unraveling the careful plans we’ve tried to weave. Letting her little girl go to let her grow and thrive would be one of the hardest decisions my sister would ever have to make, It was an adjustment for us all in so many ways.

I never would have imagined there would be a moment between this child and I, but there was. I awoke in the early hours of the morning, before the sun began to rise, to the soft kiss of innocence upon my cheek. I feigned sleep as I listened to a little voice whisper “I love you Mommy.”, and then the scurrying of little feet back down the hall.

She had unknowingly transformed into my daughter in that instant, I may not have given her life but she had become mine, a child of the heart, one of my own. That sweet kiss sealed our souls together; I walked into her room and whispered a prayer of thanks. I tucked her back into bed as my tears once again fell.

There comes the time in the life of every mother, when we suddenly realize we are mothers. It happens throughout the lives of our children, during different stages of their lives. Perhaps when they are helpless little babes, or maybe when they are trying little house apes, we’ll be blessed with this miraculous revelation.

It may happen again during a school recital or in the midst of teenage heartbreak. It may take us by surprise once again when we hold our grandchildren tightly in our arms. Whenever it happens, it will be an amazing blessing from the Lord above. It is these moments that will carry us when our children are grown, we will remember we were once mothers, angels that softly walked the earth . . .