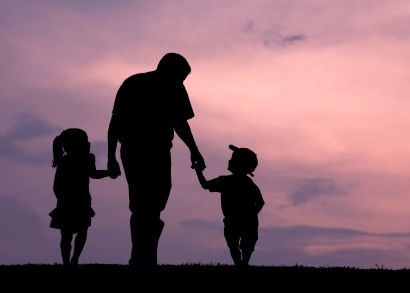 Fathers have so much more influence on their child’s future than they may think.

Sons learn how to treat women by watching their fathers.

Daughters learn how men should treat women by watching their fathers.

They learn work ethics, values and morals; they learn things a father doesn’t even know he is teaching. A father is not simply a man who has a child. A father is a man who teaches his child, who sets an example which will effect the future of their son or daughter.

Did you know for every negative thing said to a child there should be ten positives as well? Children need praise and encouragement. They need to know their dad is proud of them so they can learn to take pride in themselves.

Fathers must talk to their children. When they come home from work, even if they are tired or frustrated, it is vital they acknowledge their child. Ask him/her how their day was; tell him/her you missed them, give them a hug. If you don’t talk to them, one day they’ll stop trying to talk to you.

Children often grown up to have relationships which mirror the relationship their parents had. Fathers play the most important role in these future relationships. Sons tend to treat their girlfriends or wives in the same manner their father treated their mother. Daughters often find a man with the qualities of their father, a man who will treat her the way her father treated her mother. Even if there is a separation between mother and father, the children should never see anything but respect between them.

A father who is willing to put down the paper, the iPad or the remote control and sit on the floor to play marbles with their son or have a tea party with their daughter is teaching their child they are worthy and loved. Ignoring a child sends the opposite message. Fathers should read to their children, tell them stories from when they were a kid or just have a good old’ tickle fight.

Many children have more memories of their mother than they do of their father. Fathers need to make time to explore the wonders of the back yard, to go camping or fishing – Anything their child can look back on with fond remembrance.

Kids need a good hug or a pat on the back from their dads. Many fathers have a difficult time showing affection in this way, but they need to know their child craves it and needs it. A true man, a good father, can overcome his difficulties for the sake of their child. Children should see their parents showing innocent affection for one another as well.

A father should be no less than he wants his child to be. A father needs to model the behavior he hopes his child will one day have.

A father should not limit his parenting techniques by using the fallback, ‘That’s the way my dad did it’. A father must stop and think back to how his father made him feel before he continues down that path. Perhaps some aspects of his upbringing will be beneficial, perhaps some will not.

What most children want is to simply spend time with their dads. Sometimes a hectic work schedule or a long honey-do list makes spending time with their kids seem impossible, but even just a few minutes of a father’s undivided attention can make a world of difference in the life of his child.

One thought on “10 Simple Rules for Fathers”