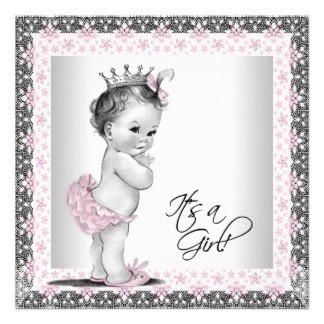 There is an unmistakable distinction between little boys and little girls that goes well beyond biology. Daughters and sons can be very different creatures. I’ve had the honor of raising both, the girl child is my topic of discussion today. Before you think you know where I’m going with this, I would like to say I’ll not be writing all about sugar and spice and everything nice. Whoever came up with that little ditty could not have raised a girl. I won’t bore you with cutsie tales of fancy dolls and tea parties or any other precious and precocious anecdotes pertaining to the pandering of princesses.

Darling daughters can indeed be sweet and lovable, but there is often a motive behind it. I don’t care how perfect a parent thinks their little angel is, they would have her institutionalized if they could get into her head for five minutes. Girls are smart and cunning. They can generally think circles around boys, and sadly, sometimes parents as well. Most of them perfect the dirty look before they’ve reached their first birthday. Girls have mood swings from birth that increase in intensity as they grow and mature. One minute you’re invading their privacy if you dare ask something too personal, such as, what did you do in school today? and you run the risk of being accused of not caring if you don’t ask.

They can tell a fib like they where the inventors of deception while looking innocent and sounding so convincing a mother can actually believe her sweetie-pie didn’t get into the lipstick she sees smeared all over her daughters arms and legs. A little lady can be as quiet as a church mouse or as loud as an entire herd of oxen. She can command attention or she can become invisible in a crowded room. This sometimes troll-like princess is a confident and curious little creature, she will boldly take what is not to be taken and has the ability to make you feel guilty about it when she is caught.

When my own troll princess was still quite young I decided to read a couple of books on the care and keeping of girls, but quickly came to the conclusion they where either, A. Written by men. B. Written by childless women or C. Written by a teenage girl to confuse and bewilder the reader. In one book in particular, I think the author had split personalities. The first chapter talked about the unbreakable bond a mother and daughter can share, and the second chapter discussed why they might never have a close relationship with each other. The fourth chapter explained how to talk to your young princess in ways that will get her to open up, and the fifth chapter concluded you cannot actually converse with her on an emotional level. By the time I got to the seventh chapter entitled, A Young Woman’s Privacy, I decided to sneak a peek at chapter eight. It was entitled, How to Spy on Your Daughter. I quickly added it to my garage sale corner of the closet.

Another title caught my eye in the bookstore one afternoon, Your Daughter, Your Friend, I skimmed through the pages and was not surprised to find it included advice such as, If your daughter says she just wants to be alone, leave her to her thoughts. Personally, in my experience, both as a woman and someone who has lived with a female child, this can be bad advice. To a female, the words leave me alone can mean a multitude of things. The statement can mean, Don’t leave me alone, or, I need to talk, or, I need to be held, or, Walk away now or I will make your life miserable for as long as humanly possible. You are playing the equivalent to russian roulette if you dare try to figure out what she means.

When a mother and daughter even look like they are going to spar, the men and small animals of the house should take cover. Everyone knows a woman wants to have the last word, so a tiff between a woman who is used to having the last word (the mother) and the young woman practicing the art of getting in the last word (the daughter) can last hours longer than need be.

Few subjects can cause more trouble than clothing, hairstyles, room upkeep, boys, make-up, siblings, homework, chores . . . actually, I guess anything could become the topic of a heated debate. Debate is good. Debate is healthy. Perhaps the roller coaster ride a mother and daughter embark upon together has a greater purpose than meets the eye. I suppose in many ways it allows the young girl to learn to express herself, to stand up for her rights and learn to never let her voice go unheard. A mother can see her little girl growing strong, knowing she will be the kind of woman who can command the respect of those in her life.

A mother daughter relationship is a fragile thing; they put each other on pedestals and then occasionally try to knock each other off. They rarely succeed of course, but if one of them should happen to actually take a tumble, the other one will be there to catch them. Some of the greatest friendships are forged during the turbulent years a woman and her young shadow share a home. If they are lucky though, when wings have sprouted and the nest is only a place to visit, husbands will be alone and unarmed in the battle arena and victory will be attained on a daily basis . . .

3 thoughts on “The truth about the pretty princess.”