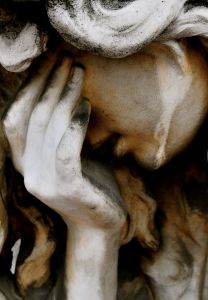 Coming clean, clearing the slate, confessing, purging, owning up . . . I did some awful things in 2015. Some of them were honest mistakes and unintended mishaps, but some of them were choices. Bad choices, and in effort to start this new year with a clean conscience I must own up to them.

This isn’t easy for me. I’m not a bad person. I’m only human, of flesh and blood I’m made. I’m only human, born to make mistakes. Thank you, Human League, for lending those lines of perfect subterfuge to the world.

I’d like to say I fully intend to atone for my wrongdoings, but the truth is – I probably won’t. Confession is good for the soul they say, I’ll just do that and try to do better this new year. It’s not like I broke any major laws or caused irreparable harm in some way, unless you count the couple of dishes I broke (and didn’t own up to).

Alright, might as well get this over with. Don’t judge me too harshly, you’re only human too.

1 – I went through the 15 items or less line with more than fifteen items. Twice.

2 – I stayed in my bed and my jammies all day and watched a Snapped marathon on the ID Channel then told my husband I was still in bed because I wasn’t feeling well.

3 – I told my husband I needed to get a gift at Barnes and Noble for a friend and bought three books for myself. I forgot the gift.

4 – I told my family the chicken I’d taken out for dinner was freezer burned so I didn’t have to cook dinner. We had pizza.

5 – I told my doctor I’d been drinking lots of water. I didn’t tell her half of it was coffee flavored.

6 – I let my phone go to voicemail when I wasn’t too busy to answer it.

7 – I told my husband the art supplies I bought at Michael’s were on sale, I may have misspoke – the truth is, they were for sale.

8 – I spilled a cup of coffee on the floor and blamed it on the dogs.

9 – I spilled a bowl of soup on the floor and blamed it on the dogs.

10 – I spilled a cup of soda on the floor and blamed it on the dogs.

13 – I did not read the terms and conditions before agreeing to them.

14 – I used the word literally when I should have said figuratively.

15 – I cheated on a Buzzfeed test to get a better answer.

16 – I had to re-run more than one load of laundry because I was too lazy to put it in the dryer in time.

17 – I forgot to water the plants. Most of the summer.

19 – I didn’t always pay attention when people were talking to me.

20 – I answered more than one question with ‘I don’t know’ so I didn’t have to keep talking.

21 – I took pictures of an article in a magazine instead of buying it.

There may be more.

It feels good to get that off my chest. I’m not gonna lie, I may make the same mistakes in 2016.