If we were having coffee, I would be the one with the biggest cup. 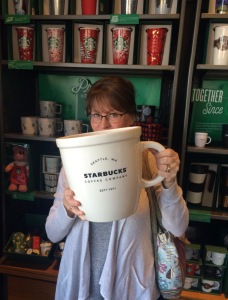 If we really were having coffee, I would be grateful for the company. I usually sip my coffee in the company of the sunbeams coming through my window and the silence filling my room. I suppose sharing my morning with a friend or two would be nice every now and again.

If you asked me how my week was, my answer would likely be short, it takes me a spell to warm up to the engagement part of conversation. I would ask you about yours and listen while you told me. I really would, listen I mean. I know a lot of folks don’t to that. They look like they are, but I’m fairly certain they would fail a pop quiz regarding all you’d just said.

Maybe that’s why I don’t always talk much, I want to save what matters to me for someone who wants to hear it. I admit, sometimes my thoughts wander a bit when someone is talking to me, it’s not intentional. Usually it’s because what they are saying is superficial or tailored to what they think I want to hear. I want the real deal, you know what I mean?

So, if we were having coffee, I’d probably be on my second cup and starting to open up a bit more. The talk would certainly be centered on Thanksgiving and shopping. I would admit to staying in my pajamas all Thanksgiving day, peeking in every once in a while on my husband in the kitchen. He does the holiday cooking around here.

There was ham, a turkey breast, (we opted not to get the big bird), mashed potatoes, deviled eggs, candied yams, stuffing, and bread rolls. Not too much, not too little. Just enough for us and the three man-children still at home. You might hear a touch of sadness in my voice. I miss my daughter. I miss the large family I grew up feasting with.

I’d change the subject if no one else had. I’d tell you I went out for dog food on Black Friday. Walmart was relatively calm, the morning madness just a memory. Of course I went to Starbucks, found a ginormous coffee cup for $49.95, snapped a photo and carefully placed it back on the shelf. The day was pretty much like any other day, except what people I did encounter were ruder, which is hard to believe, especially since the day before they were in celebration mode of all they had to be thankful for.

People are weird and somewhat confusing to me. That might be why I’m having virtual coffee with whoever happens to be reading this, and if you are, I’m glad we spent a little time together . . .

The Weekend Coffee Share is brought to you by Part Time Monster,  pull up a chair, grab a cup –  link up with the weekly Coffee Share and relax, meet some new friends and catch up with folks you know . . . 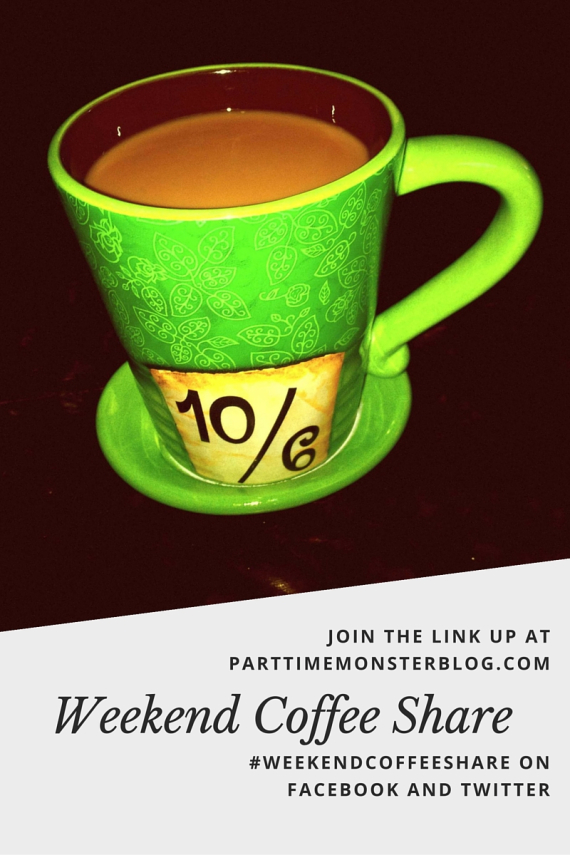