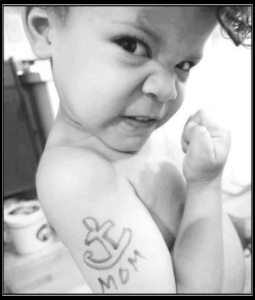 My compassion capacity was tested the other day, just a little bit. Many of these moments occur in the same place, Walmart. People sometimes seem to schedule their shopping trips around the time they are in the worst possible mood.

I was in line, a long line. I like to think of myself as a patient person, but my patience had already been tested at least three times in the ten minutes before I took my place in that long line.

As I stood waiting, the cart behind me made contact, nudging me ever so slightly forward, I turned to see a little boy, no more than three or four, grinning gleefully at his accomplishment. I turned and resumed my attempt to practice patience in the face of all things Walmart.

It happened again, with just a little more force and obvious glee accompanied by giggles. I ignored it. I ignored it the third time as well. The fourth time, I turned in hopes of making eye contact with the little trolls mother, she was blissfully glued to her iPhone, unaware of the war her little munchkin had declared on me.

I was annoyed and out of what little patience I once had. I gave the boy that mommy look I keep in reserve, leftover from when my own children where still little trolls. It worked, at least I thought it did. He turned his attentions in full force on his mother. She told him to shut up. It’s always pains me to hear a mother slap down a child with those words.

I looked at them closer, at least I looked a little closer at the troll. He was starving, I could tell. Not for nourishment of the body, but for attention, and he was trying in every way he could to satisfy his hunger.

He tugged at her, she shoved his little hand away. He laid on the floor and tried to kick those within kicking distance. She reached down and pulled him by one arm back to a standing position. “Quit acting like a brat.”, she said. Her eyes never leaving the glowing screen in her other hand.

He resumed his cart bashing fun.

I firmly held the end of the cart and looked the little bugger right in the eyes . . . he cringed. I said, “You are really strong, aren’t you?” He smiled and tried to push into me again. Not strong enough. I was safe.

I looked at him again, really looked. He was dirty and disheveled and my heart broke a little. Mom was still absorbed in whatever escape she’d found on her phone. I looked at her. She had dark circles beneath her eyes, her hair was hastily drawn into a pony tail and she looked like I know I must have looked at some point in my parenting journey. Tired. So very tired.

Her little man was obviously a handful and a half. My ire for her began to fade. We’ve all had those days. Maybe she was a good mom. Maybe even a great one. Maybe, just maybe, it was simply one of those days.

I glanced back at the munchkin troll, if he hadn’t been trying to dislodge the bones in my ankles, I might have thought he’d had an afternoon of fun, playing in the dirt at the park. I may have thought he was just a little angel in need of a good nap.

Either way, it pained my heart and I whispered a prayer for them.

I could have easily been angered. I could have said something nasty to mom or been harsh to the boy. I chose to bite my tongue instead. I chose patience. I chose compassion. It isn’t always an easy choice, but it is one we must choose, especially when we are tempted to feed the anger and annoyances we feel, and especially, especially . . . at Walmart. 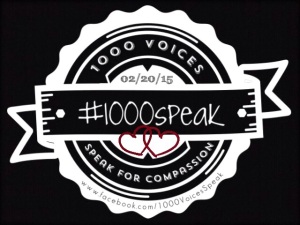