One of my favorite things in life is coming across memories I’d almost forgotten were safely tucked away somewhere inside of me. This one found its way back to me while I was looking for a different memory on an old flash drive, the little file folder on the screen was practically begging to be clicked, and when I obliged the little voice compelling me to take a peek inside, I was instantly filled with the joys of a long ago day and the memories rushed in like a rushing wave, eager to meet the shore.

I no longer recall the occasion, but the day is etched into my heart. The kids explored and played and rode dirt bikes with their dad while I sat with my notebook and favorite pen, recording whatever thoughts I happened to think as I watched the day unfold.

The set of pictures I found in that file made me smile, they made me laugh – the little man captured in photographic forever is now a man, mostly. He’ll be eighteen this month. The last of my babies to step into adulthood. I still see the little boy in these pictures when I look at him sometimes, I have a feeling if he were to stand atop that same hill now, he would no doubt smile that same little smile and take the leap . . . 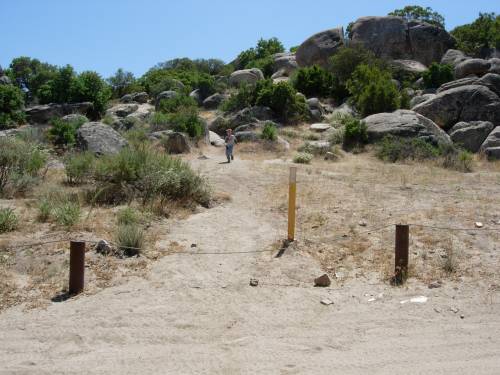 He stood there at the top of the hill yelling “Mommy! Watch, I’m gonna jump over that cable.” I told him I didn’t think it was a good idea but he was already running. I figured I’d snap a few photos . . . I got a pretty good shot if him at the start of his run.

He was cruising down that hill, you could see that he was going faster than he wanted to, once that momentum starts, it only picks up speed. His little legs were moving so fast.

Gravity got the best of him and he ended his stunt with a face full of dust. He took it like a man though and then he marched right back up there and gave it another shot . . . boys. 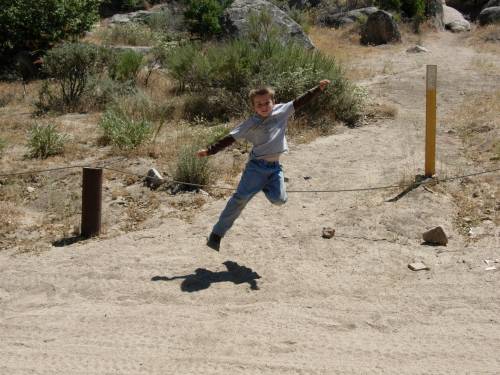 He did it. He jumped the cable just like he said he would ~ Stinker.

I can’t help but giggle just a little every time I look at these pictures :o)

3 thoughts on “Memories on a flash drive – That last photo – pure gold!”